During 2016, we were delighted to follow the progress of the publication project sponsored by RTF – Australia of “The Victory of the Lamb”, by Frederick S. Leahy.  This was translated into Chinese by Lorna Chao throughout the year and due to be published in early 2017.

For 2017, the RTF committee decided to support two of the upcoming titles:

Banner of Truth’s “Let’s Study” is a well-written commentaries series seeks to combine explanation and application through the exposition of Scripture. “Let’s Study Luke” was written by Rev Dr Douglas Milne, former principal of Presbyterian Theological College in Victoria, Australia.

The famous Stone Lectures delivered at Princeton University by the great Dutch theologian Abraham Kuyper outlined the foundation of the Reformed doctrine and its impact on “every square inch” of society.  This book will also mark the 500th-anniversary celebration of the Protestant Reformation movement in the year 1517.

We will be seeking to raise 8000 AUD during this year to sponsor both translations and final publications; you can find our donation details at the donation section of our website. 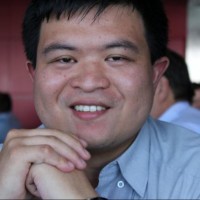